You can’t look at Lamb’s statistics without two numbers sticking out, 32 and 17. Lamb shot a horrid 4-23 (17%) from deep in 3 games and only 32% from the field overall. With such a silky stroke, those numbers are unfathomable. On the plus side, he did fill up the box score for the Thunder while playing 31 minutes per game, good for third in the league. Lamb’s 17.3 scoring mark (6th overall) and 80% from the free throw line at least show he can get to the line and put points on the board even when his shot is off. Conditioning may also have been a factor in the poor shooting- Lamb will by nothing but net once again by the start of the year. 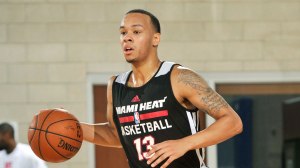 Similar to Lamb, Shabazz Napier struggled shooting the ball in his first summer league. Napier shot only 27% from the field and a sub-Lamb 15% from three. What could possibly be more shocking than that? 3P% was not even the most alarming statistic. It’s 4.8. That is the number of turnovers Napier averaged in 5 OSL games, including 8 in a match-up with Celtics first-round pick Marcus Smart. Though that is unusually high, I am not worried about the turnovers- Napier can handle the basketball, we all know that. It takes time to adjust to the speed of the game and that is all he needs, time. If anything, Napier’s ability to battle through the turnovers and shooting troubles and still have the confidence to make plays (4.6 apg), defend (1.8 spg) and score the basketball (9.2 ppg on 80 ft%) should serve as a positive.

Niels Giffey has returned to the capital of soccer and schnitzel, inking a 3 year deal with German club Alba Berlin. Giffey had competed for Alba at the junior level from 2008-10 before becoming a two-time National Champion at the University of Connecticut. Following the 2014 National Championship, Giffey went undrafted before joining the Memphis Grizzlies summer league team in early July. After a disappointing stretch that saw no playing time, Giffey bolted to Vegas, suiting up for the Utah Jazz. It was in Vegas Giffey reached terms with Alba sporting director Mithat Demirel (pictured above) who was in town scouting. Although the terms of the deal have not been released, it would be fair to assume Giffey negotiated an out-clause allowing him to opt out and sign with a NBA team if the opportunity presented itself. 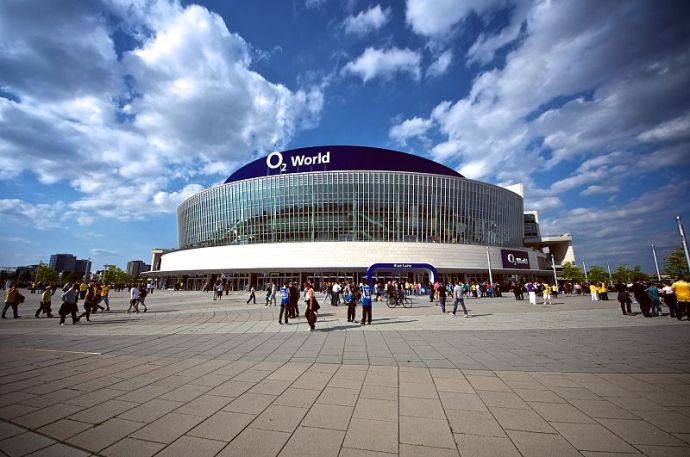 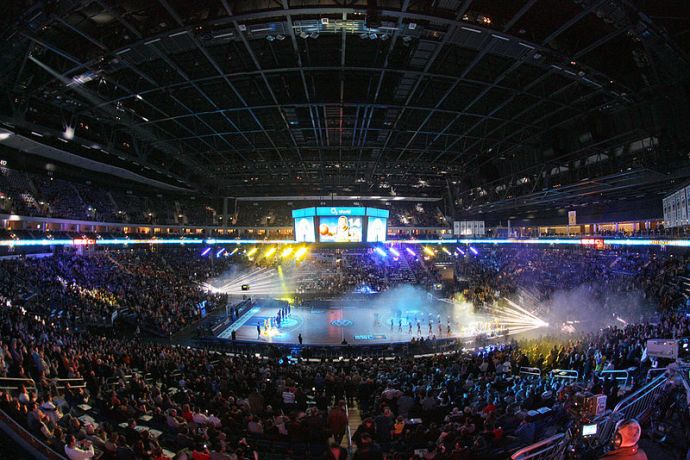 Here is some video from Giffey’s last stint in Germany, the 2013 European Championship when he made his debut with the men’s national team:

Congratulations to Niels on his homecoming and I look forward to covering him in the fall.

A number of former UCONN players will participate in the 2014 NBA Summer League, held in Orlando (July 5-11) and Las Vegas (July 11-21). The Orlando league will feature Shabazz Napier (Miami Heat), Jeremy Lamb (OKC Thunder), Niels Giffey (Memphis Grizzlies) and Lasan Kromah (Brooklyn Nets) with all games taking place at the Amway Center, the Orlando Magic practice court. Teams will play 5 games in 7 days with a championship game held on July 11th. A point system determines the standings with 4 points awarded to the winning team and 1 point awarded to the winner of each quarter, for a total of 8 potential points per game.

Niels Giffey flew under the radar for much of the season at UCONN despite leading the AAC in three point shooting percentage. The summer league provides a great opportunity for players to show their stuff in front of an audience that includes personnel from every NBA team. Jeremy Lin is a great example of a player who turned a strong summer league showing in a multi-million dollar contract. I believe Giffey has NBA talent, by July 11th we will know if NBA teams feel the same.

Shabazz Napier was selected by the Miami Heat with the 24th pick in the 2014 NBA Draft. Many believe this was directly influenced by the team’s desire to retain superstar forward LeBron James, a huge advocate of Napier. King James believed Napier should have been the first point guard taken in the draft and I completely agree. Napier will get his first chance to prove he is the top point guard in the draft class when he battles 6th overall pick Marcus Smart and the Boston Celtics tomorrow at 11am.

Jeremy Lamb is a star in the making for the OKC Thunder. With two full seasons under his belt, Lamb will transition into a third scoring option to complement the dynamic Westbrook/Durant duo. After finishing in the top three in scoring during last year’s summer league (18.8ppg), look for Lamb to take home the scoring title in 2014. Also, on a team featuring Lamb, Perry Jones III (Baylor) and Steven Adams (Pitt)- don’t be surprised if OKC runs through the competition along their inevitable path to the championship game.

Games to look forward to…

Here is the complete lineup of the 2014 Orlando Summer League, courtesy of nba.com.

I will post recaps of all the games and video links as (or if) they are available. All games will be televised on NBA TV.