Jerome Dyson is having quite the year in Italy. In addition to leading Dinamo Sassari to the Italian Cup Championship in February, Dyson’s regular season statistics of 16.2 points, 4.3 assists and 2.0 steals per game were good for 5th, 5th and 1st in Italian league play respectively. True to his hard-nosed, attack-the-basket style of play we became accustomed to at UConn, Dyson also led the league with 5.8 fouls drawn per game.

Never one to shy away from the highlight reel, this Dyson poster featured in January was voted the top play of the ENTIRE Italian League season.

Dyson and #5 Sassari are set to battle #4 Trento in quarterfinal play beginning Monday. Updates to come… 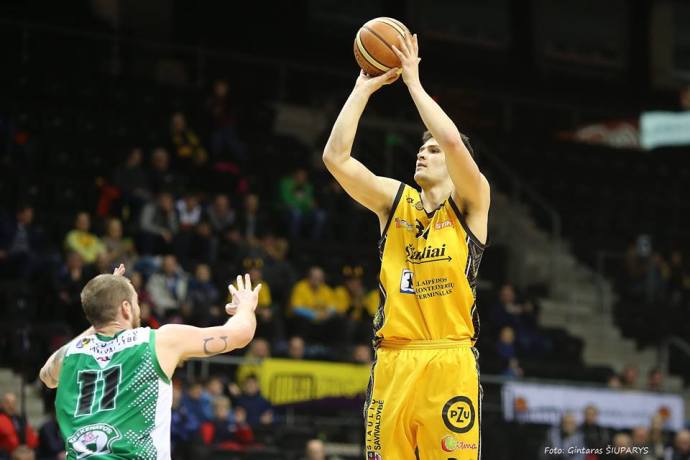 A species comprising less than 1% of the world’s population, seven footers or “footers” are a rare breed. Whether intentional or not, life at such a high altitude leaves them especially susceptible to be victimized by posterizations, leading to hanging heads and slumped shoulders- currently the largest known threat to the species. The most recent victim, 7’0 Kymantas Simonas of Tonybet, was reduced to extinction after this shame-inflicting dunk from Siauliai’s Ryan Olander, seen below at #5 in this week’s BEKO LKL’s Top Ten plays.

Since winning the Baltic Basketball League Championship earlier this month, Siauliai has gone 2-2 in their return to LKL play. With only 4 league games remaining, Siauliai is essentially locked at the #7 seed and is slated to play #2 Zalgiris when first round play begins in May. This year’s LKL playoffs will follow a best of 5 format for all three rounds of action.

More to come when official seeding is released…