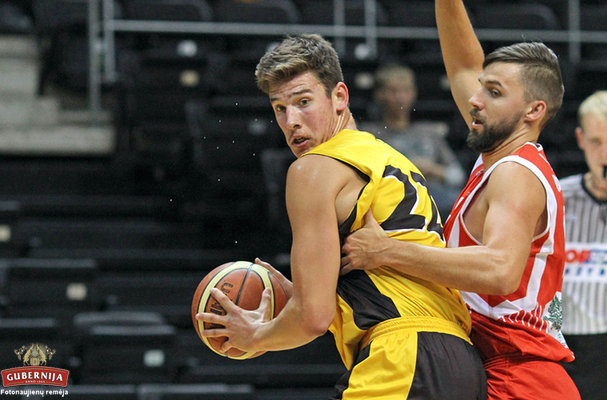 It has definitely been an adjustment year for Tyler Olander, transitioning from a senior season which saw him struggle to find minutes to a professional league competing against seasoned veterans. Last month, Olander was loaned from Siauliai to fellow league member Mazeikiai in order to get the young lefty more playing time. Loans are common in European basketball, especially in situations where a player is signed to a long term deal- as Olander is. Olander will finish up the season with Mazeikiai but his rights remain with Siauliai and he will return to the club next season.

In his first three games with Mazeikiai, Olander has averaged 7 points and 5 rebounds in 14 minutes. His last game against #3 Lietuvos Rytas was by far his best, dropping 14 points to go along with 9 rebounds.

Speaking of adjustments, check out this mid-air adjustment by Olander in this week’s BEKO-LKL Top Ten plays.