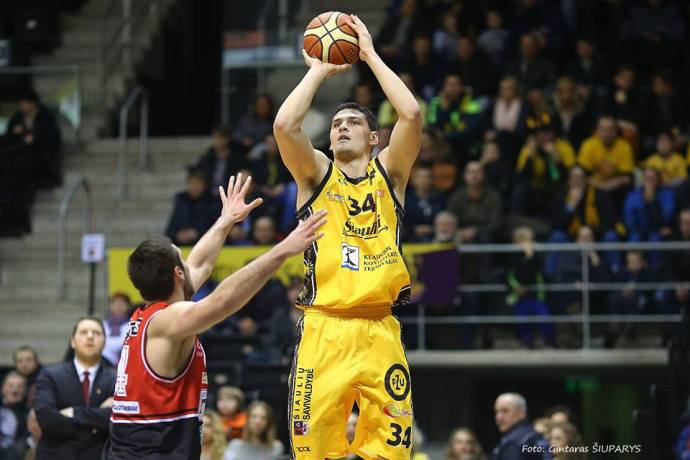 #7 Siauliai hung tough for the duration of the game but took home the loss yesterday against #4 Lietuvos Rytas, 88-72. Down 46-32 at half, the club rallied during a 28 point third quarter to within two, but ultimately could not overcome Rytas’ hot shooting (42% from three). Ryan Olander had 2 points, 3 rebounds and 3 assists in the loss.

In other news, Siauliai has added former Virginia Tech forward Jeff Allen. Allen finished fourth place all-time at Virginia Tech with 1,111 career rebounds and also became the first player in ACC (not to be confused with AAC of course-big difference) history with 1,500 career points, 1,000 rebounds, 200 steals and 150 blocked shots. Allen comes to Lithuania from Maccabi Haifa of the Israeli Premier League -the top national league in Israel- where he was averaging 11 points/4 rebounds.

Here are some highlights from Allen’s VT days: